A couple of years back, mobile internet usage surpassed that of desktop. Consequently, a mobile-first approach dominated 2018. Voice assistants also came of age last year, with more than 35 million Americans owning a voice-activated smart assistant. As mobile capabilities grow by leaps and bounds, and significant advancements are made in the field of artificial intelligence (AI), here are some UX and UI trends that are set to dominate 2019.

Samsung plans to make and ship 1 million foldable smartphones in 2019. Other companies are in the fray, too, with the market volume expected to reach more than 60 million units by 2022. While the first iterations might not create a ripple, it is an opportunity for smaller brands to make their presence felt by adopting a hybrid design for foldable devices.

The most obvious benefit of a foldable smartphone is the increased screen real-estate without increasing the size of the phone. Think an ultra-portable tablet that you could carry around in your pocket. However, the benefits of foldable phones go beyond that. For instance, multitasking could be a viable reality. You could use the two screens to open two different apps at the same time. Imagine watching YouTube videos while texting with your best friend on WhatsApp. Foldable smartphones could also open up exciting possibilities for games. Battleship, for instance, sounds like a game made for a foldable phone.

All that said, while certain principles of responsive design will apply, designers will need a fresh approach to accommodate features such as split-screen for multitasking. Samsung has outlined a starting point for designing for foldable devices.

All that said, while certain principles of responsive design will apply, designers will need a fresh approach to accommodate features such as split-screen for multitasking. Samsung has outlined a starting point for designing for foldable devices.

As internet users mature and companies look for new audiences, localization that goes beyond content will become more important. Consider a 40-year-old housewife sitting in a rural village in India who is interacting with a mobile app for the first time. Localization of UX and UI will play a key role in building trust among new users, and also to facilitate an easier onboarding process.

Google Pay is a pertinent example in this regard. The payments app built for the Indian market uses explicit messaging to make it easy for new users to trust. When thinking about localization, take every aspect of UI and UX into account, including copy, icons, images and colors. For instance, it might be easier for an Indian rural user to understand a “namaste” icon than a “hand-waving” one. Think in terms of geography as well as demography when outlining your UI localization strategy.

According to 2013 research, almost 50% of mobile users prefer to operate their phone using just one hand. Smartphones, across brands, have gone progressively bigger in recent years. While an Apple iPhone 7 had a 4.7-inch screen, an iPhone X has a 5.8-inch screen. When you combine the two facts, it makes sense to place the most important navigation buttons at the bottom of the screen for easy usage.

Consequently, bottom-sheet flows are becoming ubiquitous, and the trend will continue this year too. Bottom-sheet design is the practice of placing additional content at the bottom of the page that can be revealed by swiping upwards. Modal bottom sheets are a convenient alternative to inline menus and hamburger menus. They place additional dialogs at the bottom of the page, making them easier to access.

Other than facilitating easy usage, bottom-sheet flow also makes it easy to separate content from navigation. This also entails placing search fields at the bottom of the page, which is a significant shift away from the standard top or top-right placement.

Chatbots have come a long way from their robotic, sterile past. Siri tells you jokes while Alexa can play games with you, all while being more human-like. Apple launched Animojis — more expressive emojis that mimic your facial expressions — with iOS 12. As companies try to increase engagement rates, this sort of emotional language in design is likely to become more ubiquitous. Apps such as Tinder and Bumble are already doing it by including emoticons in their push notifications.

Apple removed the home button from its iPhone and other companies followed suit. No buttons mean not only more screen real estate, but also an opportunity for designers to create more immersive experiences. In 2018, we saw the emergence of the frameless design, with high-quality images and videos taking over the whole screen. The trend is expected to gain further steam in 2019, with users expecting more immersive content that also serves a functional purpose. As a designer, you might need to rethink in-app navigation, incorporating gestures as you go forward for a more interactive interface.

In 2018, we also saw the use of bold colors, typography for engaging copy, illustrations and use of micro-animations to catch users’ attention. Micro-animations can be particularly helpful to indicate completion of a particular action.

In addition to all of that, voice-assisted functionality is expected to be at the forefront of UX and UI trends in 2019. Global shipment of various voice assistants crossed 60 million units in 2018, and the number is expected to grow to 500 million by 2024. More companies are expected to enter the fray, with Samsung teasing Bixby last year and Chinese manufacturers already making their presence felt.

As adoption rates of voice assistants increase, companies might be forced to include additional functionality in order to differentiate themselves from the crowd. The integration of visual and voice interfaces might finally happen across industries and company sizes, with voice commands transitioning toward the use of everyday language. Google removing the need to say “OK Google” is a case in point. A texting app, for instance, might be able to read back texts to you while you are driving or even send texts to a contact simply by using “send.”

As the world becomes increasingly mobile, brands have the ability to reach their audience anywhere, anytime. Personalization might be the key, be it by using vernacular language, aesthetics that appeal to a certain demographic or voice assistants that can understand colloquial commands. 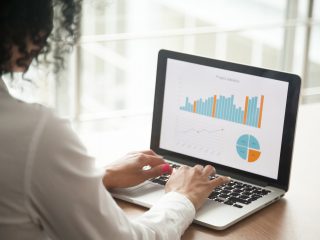 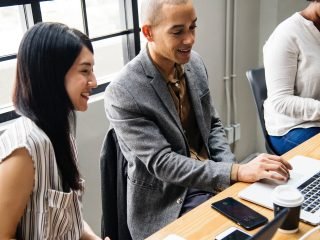